Stopping Your HP zBook From Crashing

A few months ago, I purchased a new laptop, a HP zBook. I was happy replacing my previous laptop with a new laptop that had more memory, was faster and was more silent, but... after a few days I got the first sudden crash. I got strange error messages and Windows got unresponsive.

Then around a week later I had the next sudden crash, just in the middle of a Teams-meeting. Teams crashed with a weird error message and Windows got unresponsive again.

This time I called HP Support and asked them about the problem. They told me to run all possible updates and also run the hardware tests from the BIOS.

I did. The hardware tests showed no errors, even if I kept them running for 24 hours. Every possible update was installed, both from Windows Update and from HP Support Assistant.

Still my laptop kept crashing randomly about once a week. I thought this could be a software error and did a factory reset of my laptop (wiping everything). I installed a minimal amount of software and it kept working for about 2 weeks, but then to my disappointment I got another crash.

I was thinking of sending the computer to HP Support, but the problem was that none of my tests showed anything wrong and that it could take a long time between crashes. They might not find anything wrong unless they tested it for weeks.

The reason for the crashes

Then, after another crash, I noted the time carefully so I could go back and check the logs. I checked the Windows System Log: 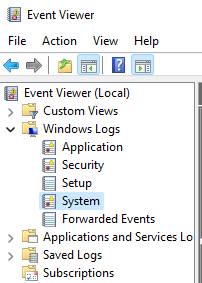 There I finally found it! Note to self: Why didn't I look into the Windows System Log earlier? 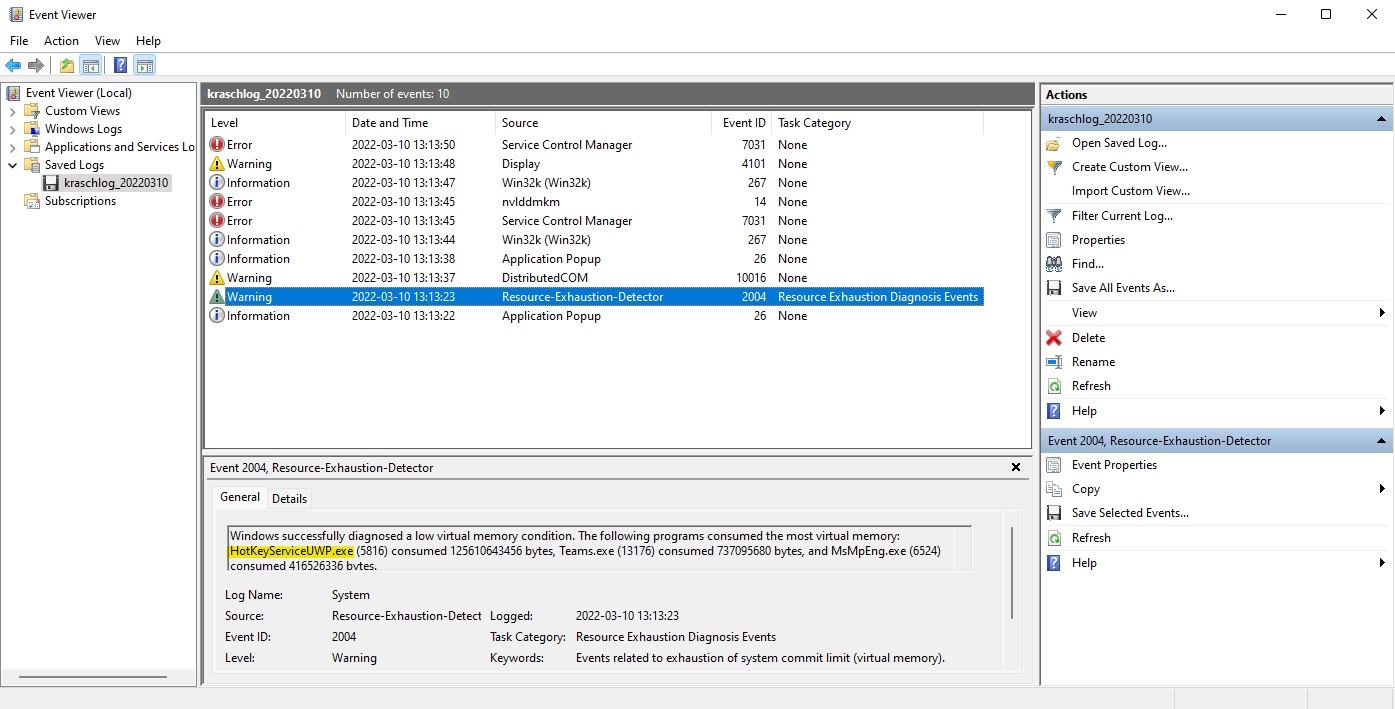 There was this process, HotKeyServiceUWP.exe, that was causing my laptop to run out of memory!

I found this process was installed as a Windows Service and came from HP. It was preinstalled on my laptop. Obviously there must be a memory leak ... that happens occasionally.

My solution: I just disabled the HP Hotkey UWP Service. 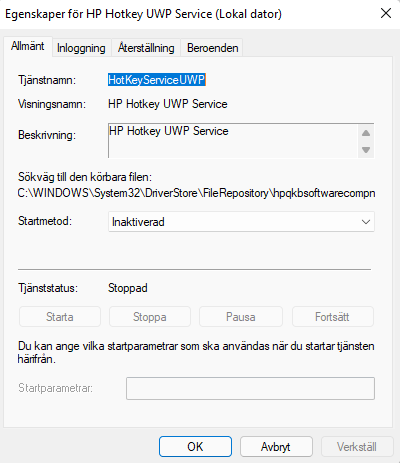 Since this, I haven't had any more crashes. I can certainly live without this service.

Addendum: I found a support thread of people having the same problem as me. It seems HP still hasn't solved the problem (as of 13 March 2022). It seems others have also fixed this by disabling or delaying the start of the service, but also by switching the driver "HP-LAN/WLAN/WWAN Switching and Hot Key Service" to an older version.

I help customers gain value from their data. I love problem solving, music making 🎹 and my family & cat. I work for my own company, Visionova Solutions AB.
Read More